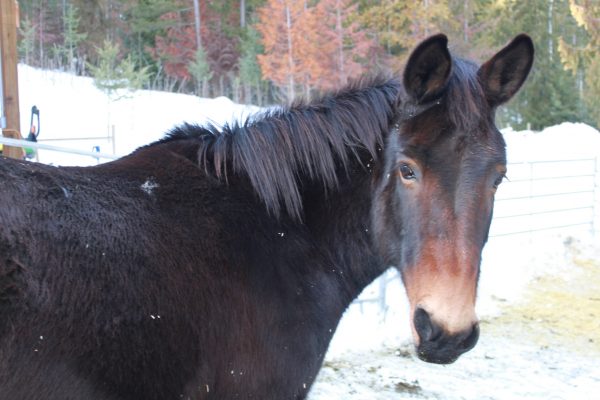 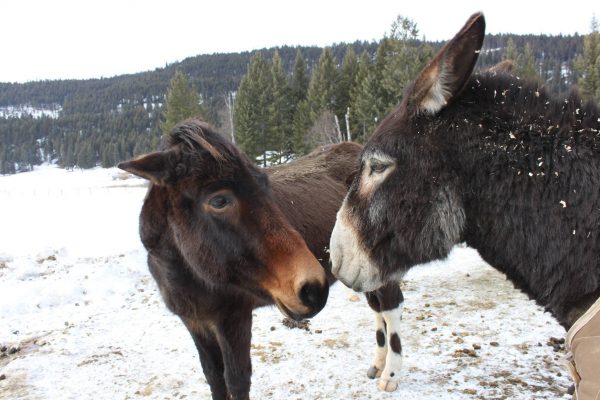 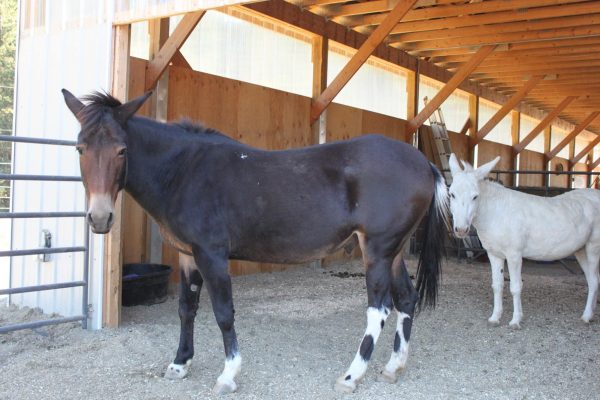 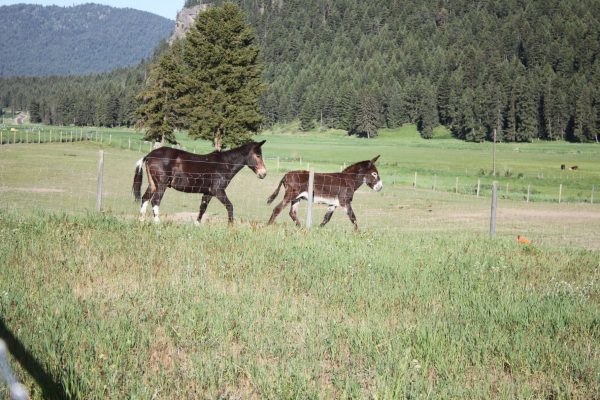 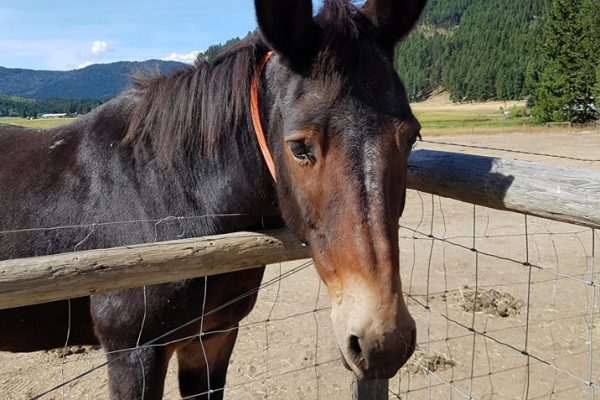 Dan Patch is a very tall brown mule. His best friend is a standard donkey named Whitey.  They came to the Refuge together in 2013 after his human passed away. Dan Patch enjoyed a useful life as the mount for his human who was a guide. Although Dan is a mule (Mom’s a horse and Dad’s a donkey), he displays very horsey behaviours.  He looks very much like a horse with long-ears.  Due to his size, he could be a bit intimidating to the other donkeys so he and Whitey were eventually given their own shelter and paddock. When two more mules arrived, they joined Dan and Whitey and became our mule herd. One look at him and you can see why mules were the go-to equine during the development of the mining and lumber industries in British Columbia. If you wish to sponsor our Dapper Dan please choose “Sponsor Dan Patch” from the drop down list on the donation page. $50 to sponsor. A gift of a donkey sponsorship makes a lovely gift for a loved one.  Just write “Gift Sponsorship” and add their name and address in the “Notes” box on the donation page.

CLOSED TO VISITORS UNTIL THE PANDEMIC HAS RUN ITS COURSE. WE MISS YOU!!!!!